The Galaxy Stage, just like the Star Stage, is a test stage that was tested at the Chuck E. Cheese's location in West Melbourne, Florida when it opened on April 26th, 2011. It is a predecessor to the Circles of Light stage.

This stage removed the following later on: 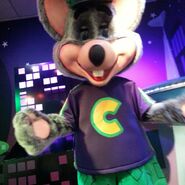 The Bot
Community content is available under CC-BY-SA unless otherwise noted.
Advertisement