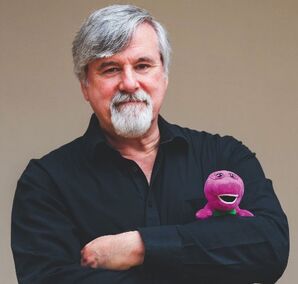 Bob West (born June 25, 1956) is an American voice actor and graphic designer, who formerly provided the voices of Jasper T. Jowls, the singing role of Mr. Munch and Pasqually.

West is best known as the former voice of Barney in the children's show Barney & Friends, a role that Duncan Brannan would later take on. He has also appeared in several Barney-related shows such as concert tours.